FARYS|TMVW was originally founded as a water company, but is now active in a number of different domains: activities in the public domain (drinking water, sewerage, the road network), the management of public swimming pools and sport facilities and acquisition support for (semi) public institutions. In terms of drinking water, FARYS|TMVW is active in 60 municipalities, serving 600,000 customers.

Ilse Pauwelyn and Luc Vanden Berghe are the functional manager and the application manager of the system that manages the drinking water network. The IT project manager is Jan Smissaert. They talk about the implementation of the new system, Water Office, and the consequences that this has had on the organisation and their own work.

Vanden Berghe, who has been involved with the GIS system at FARYS|TMVW since 1998, starts off with a bit of background information: “We already had a Smallworld GIS system, Aquarius. This was developed by Dutch energy company, Nuon, and tailored to the situation at FARYS|TMVW. We started developing it in 1998, and it was introduced in 2000. When this application began to show its age, we compiled a list of objectives for its successor. We wanted to lay a solid foundation for future projects, such as the Information Model for Cables and Pipes and the integration of other applications.” Smissaert adds: “Aquarius was mainly a custom-made application and we wanted to switch to a standard application. In addition, there was a clear need within the company to better tailor the GIS application to user requirements. As the IT project manager, the integration in our company and IT landscape was very important to me, whereby we wanted to introduce a DTAP environment.”

After looking at a number of different suppliers, we ultimately decided to go for Water Office, developed by Realworld Systems in the Netherlands. In addition to supplying the software, they also took care of the migration of data from Aquarius to Water Office.

The first phase of the transition commenced in January 2014. Workshops were held internally, and people from all levels of the organisation were actively involved in the transition process. In April 2014, the blueprint was ready and approved. It was time to start building the new GIS.

The first phase didn’t pass without a few setbacks. Vanden Berghe recalls: “In hindsight, the blueprint wasn’t precise enough. The basis of the transition should have been the data model, but this was also the first time that Realworld had implemented Water Office. This meant that time was wasted. Both sides had to learn by doing. We also decided that in future, fixed combinations will be included in the data model. This prevents inaccuracies when recording data and means that you keep control over the types entered.” FARYS|TMVW’s aim to create a future-oriented application meant tighter compliance of the standard functionality provided by Water Office and therefore less freedom of movement.

The action plan only became fully clear in September, which resulted in a two-month delay. Insofar as the desired functionalities were concerned, it was, of course, necessary that the basic functionalities of Smallworld were available. In addition, Design Manager was implemented for the design of extensions or amendments in the network and Outage Manager was implemented for the management and simulation of (un)scheduled disruptions. In order to comply with the legal obligations with regard to preventing excavation damage, the CBYD module, call before you dig, was also implemented.

Just before the Christmas holiday, a milestone was reached: the acceptance version went live. Up until then, functionalities had only been added in certain sections of Water Office; as of December, everything worked together. However, not all of the desired capabilities were implemented. Pauwelyn explains: “We’re still working on two elements:  Outage Manager and the Cathodic Protection module will soon be added as new modules to support the prevention of corrosion forming in pipes.”

Then it was January 2015. During this month, 250 employees were trained and everyone worked towards the 31st: the big bang moment, marking the transition from Aquarius to Water Office. On Thursday the 29th, the old system was shut down, and this was immediately followed by the final migration to Smallworld. Key users had already received training so that they were able to support others in the use of Water Office. On Monday 2 February, the new system went live. Vanden Berghe recalls: “To our surprise, the transition took place without any problems. The system had been tested extensively which meant we had faith in it. Prior to the transition, we’d specified a minimum of 97% correctly transferred data as our minimum target. In the end, over 99.9% of data was imported without any problems at all. It was a big surprise that the users picked it up so quickly.”

14,000 plans do still need to be converted but this process has already started. Smissaert explains: “We learnt a lot from this project. It was revealed that the character standards weren’t described clearly enough or in sufficient detail, meaning that they weren’t uniform across the various regions. This turned out to be a very labour-intensive amendment to have to make. Furthermore, Realworld and FARYS|TMVW had different expectations for the project. Whereas for us, it was an opportunity to adjust the GIS solution so that it could form a basis for the future, Realworld Systems considered it, in the first instance, to be a migration project with clear specifications.” “Would we carry out this upgrade again, knowing how much work was involved?” Vanden Berghe ponders. “We’d probably approach it differently next time, but we’d certainly do it again.” Laughing, Pauwelyn adds: “Even Luc doesn’t want to go back to using Aquarius and that was his baby.” 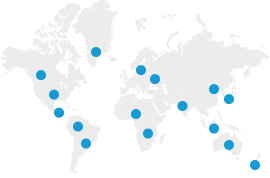 Whether you want a demonstration or need technical support, Water Office is always close by and happy to help.

Our modules for water asset management